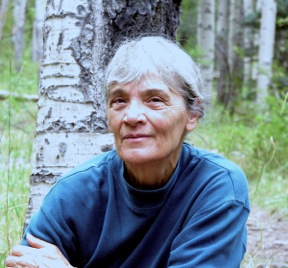 Phaedra Greenwood is a creative writing teacher, storyteller, videographer and freelance writer who worked for five years as a journalist for The Taos News. In her long career as a writer she has received many awards including the Katherine Anne Porter Award and the PEN New Mexico Award. Her nature memoir, Beside the Rio Hondo, was published by Sunstone Press of Santa Fe and chosen as a finalist for the 2008 New Mexico Book Award. She has also self-published a travel memoir called North With the Spring. Greenwood lives a quiet life close to the land in Arroyo Hondo.