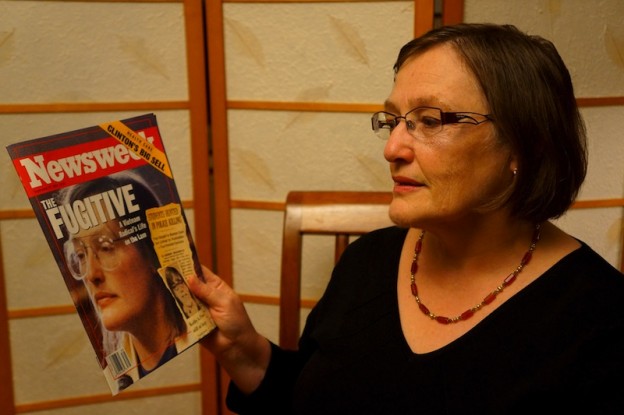 Katherine Ann Power, a native of Denver, evolved from student activist against the Vietnam War to guerrilla warrior, to fugitive on the FBI Most Wanted list, to prisoner, penitent and now practical peace catalyst.  Power was the getaway driver for a bank robbery gone bad in 1970. A student protester at Brandeis University, she joined a group willing to take radical action against the Vietnam War. But things went wrong when an Irish policeman and father of nine was shot and killed during the robbery.  She fled, living underground for 23 years, before her surrender in 1993.  Power served six years in Framingham Prison (Framingham, Massachusetts) and has just completed 20 years of probation.